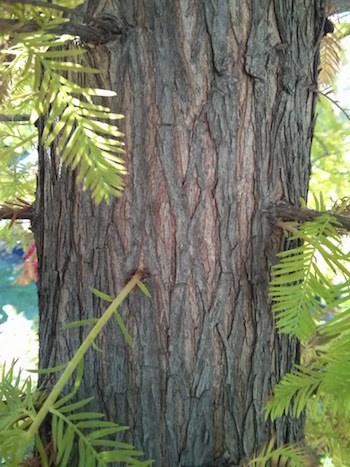 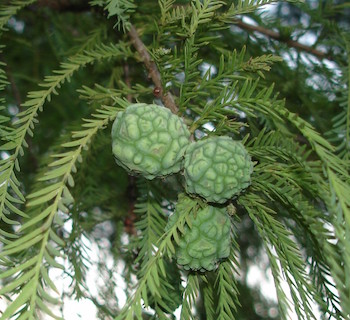 Bald Cypress is one of the few deciduous conifers in North America. Leaves are compound and alternate, with needle-like leaflets. The needles are arranged spirally around a leaf stem, but are twisted and thus appear flat. The leaves fall off in the fall, giving the tree a “bald” look. Seed cones are round and bright green, maturing to grayish brown later on. The bark is gray or reddish-brown, thin, and fibrous. Bald Cypress also form structures called “knees” when growing in swampy areas. Knees are woody projections from the root system that rise above the water level or ground. Originally thought to provide a source of oxygen for the root system, knees are now thought to provide structure and support for the trees. 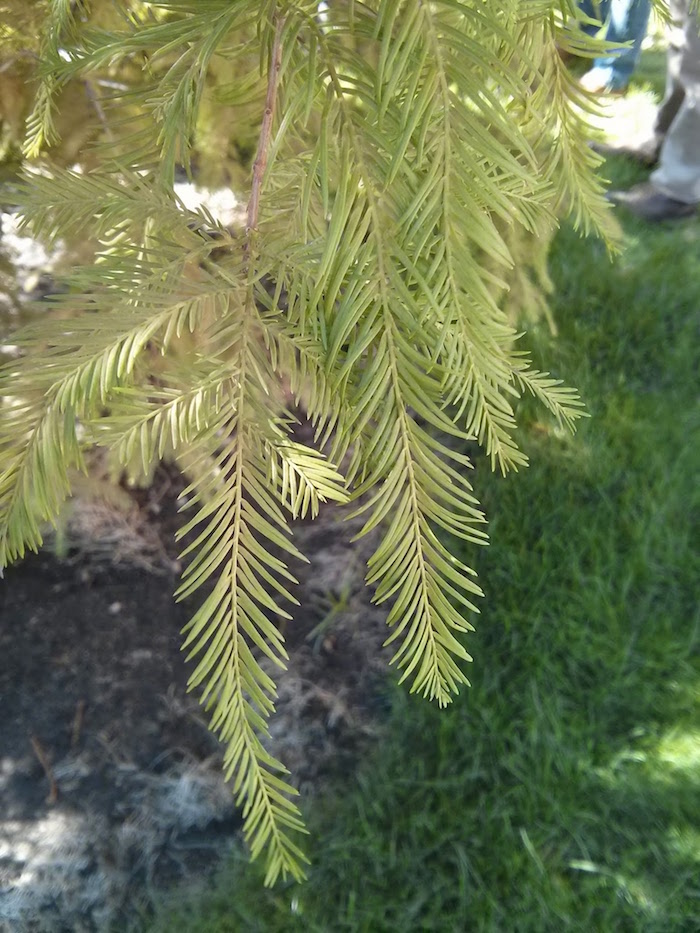 Bald Cypress are most often found in swamps, and need very wet conditions to thrive. They are useful in lumber, for habitat restoration and erosion control, and as a landscape specimen. As the tree is most often found in swamps, its wood is highly resistant to water damage and decay—pre-historic cypress logs are still found intact in northern swamps.

Bald Cypress is the state tree of Louisiana, and as of 2017, this particular tree is the only example of Bald Cypress on the University of Minnesota campus.

Bald Cypress can be attacked by a fungus, Stereum taxodi, that causes a brown pocket rot known as "pecky cypress." Cypress flea beetles can also cause discoloration and damage. Most other pests of Bald Cypress are not endemic to Minnesota. 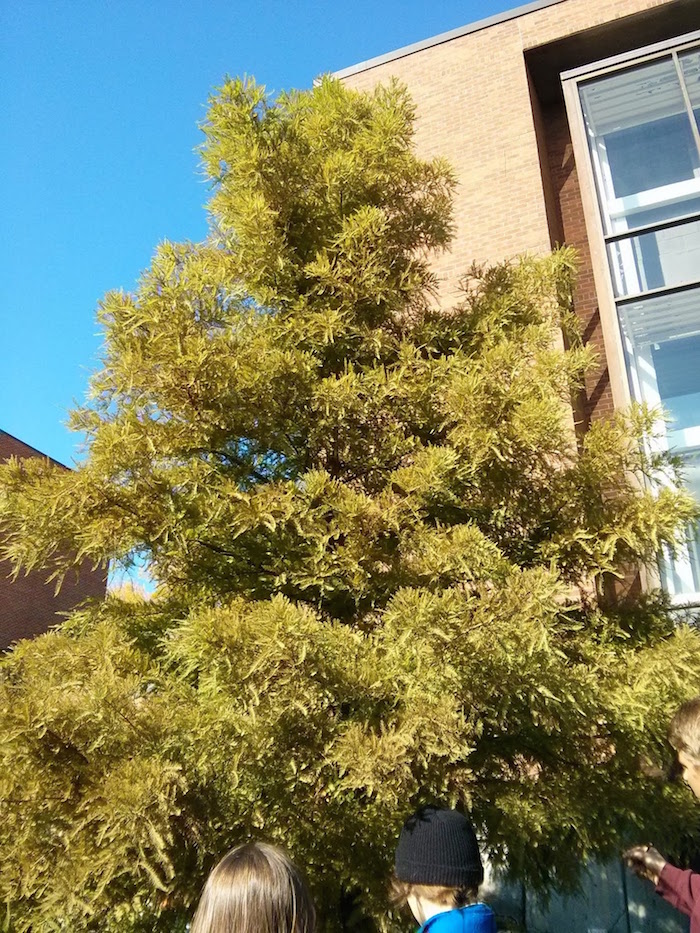 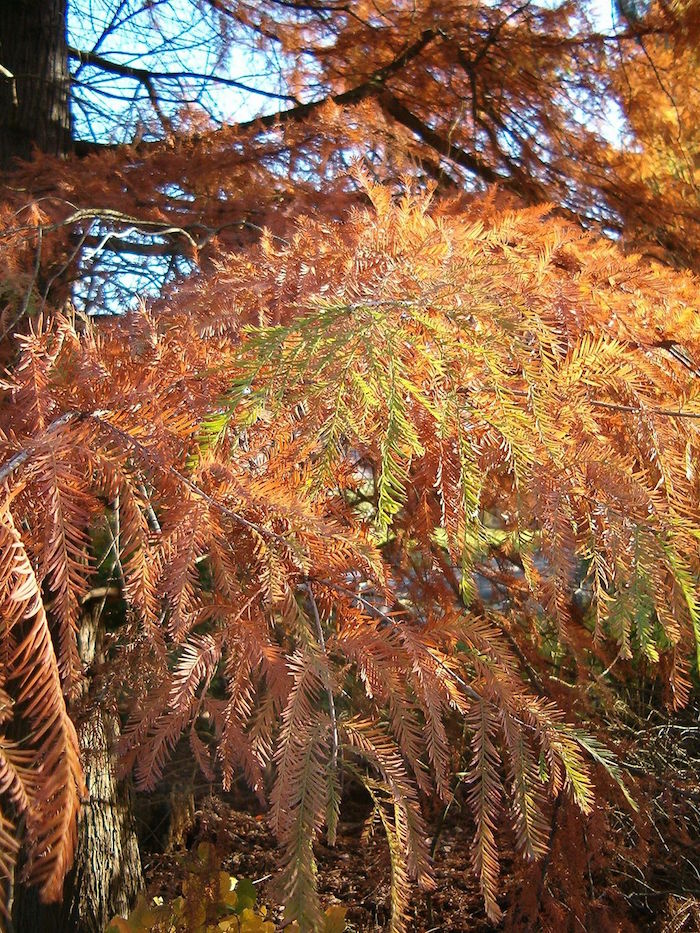 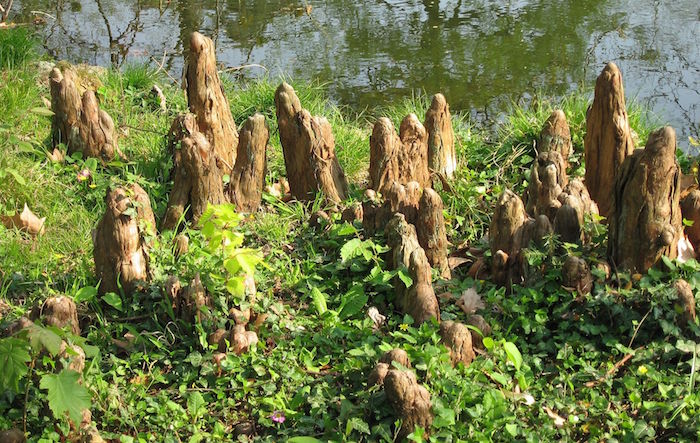