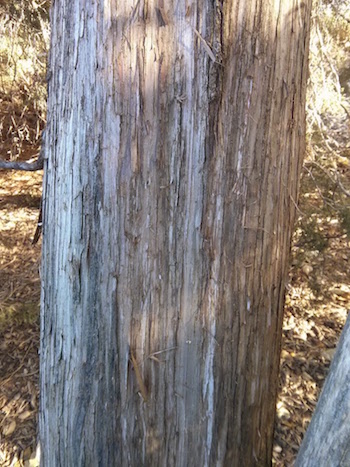 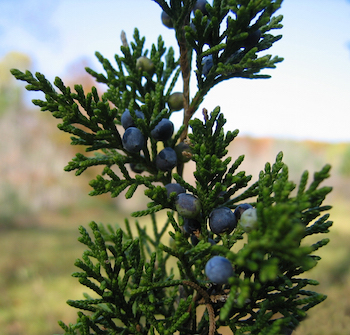 Eastern red cedar is a highly aromatic, very popular species of juniper. Leaves are opposite, green or bluish-green, needle-like scales. Trees are either male or female, with female cones appearing dark blue, waxy, and berry-like, while male cones are papery and yellowish-brown. The bark is reddish-brown, is very flaky and fibrous, and can be shred in long strips.

Eastern red cedar is prized for its wood, which is highly durable and aromatic. It has been used for flutes, floor mats, chests, and posts. It also has many medicinal uses, including as a cure for asthma or nausea. For numerous Native American tribes, various parts of the eastern red cedar are used as incense. The cones have also been used to flavor gin, but the common juniper (J. communis) is more commonly used.

This cedar is right next to a northern white cedar (Thuja occidentalis), with which it is commonly confused. The scales of the eastern red cedar are bluer, sharper, and not as fan-like.

Eastern Red Cedar is an alternate host of Cedar-Apple rust (Gymnosporangium juniperi-virginianae), an important pathogen of both junipers and apple trees. Junipers can develop reddish-brown galls, which can be cone-like or gelatinous and gooey depending on the season. Junipers are also generally susceptible to leaf blights. 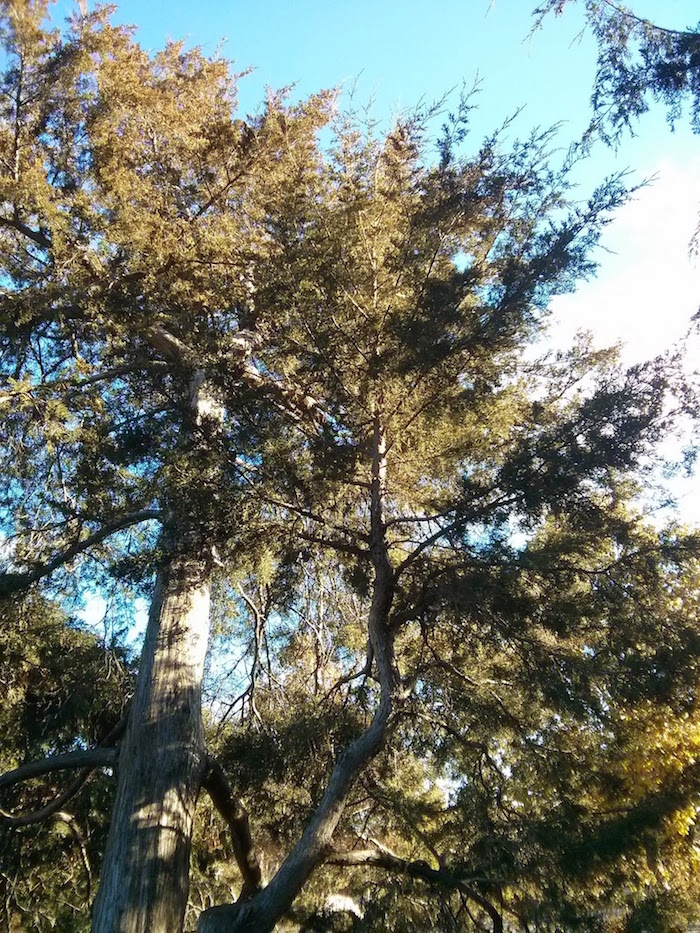