There are a few unusual maples from Europe and Asia planted on campus. Take a look at the map to see where they are, and read below for more information.

Hedge Maple is a lovely European maple. Its leaves are simple and opposite, usually about 2-6” long with the typical maple-lobed shape. The flowers are upright, green and yellow round clusters. These maples are often pruned into hedges and used in hedgerows in the United Kingdom. There are several examples on campus.

Tatarian Maples are very rare in Minnesota. They are native primarily to Asia Minor and their range stretches all the way to China, and they grow as small, thin trees. Their leaves are much more rounded than most maples, and only young trees produce lobed leaves. The leaves have serrated margins, and the trees produce the typical samaras that turn bright red in the fall. There is a planting of tatarian maples, or tartar maples along Upper Buford Circle, in the woods across from McNeal Hall. 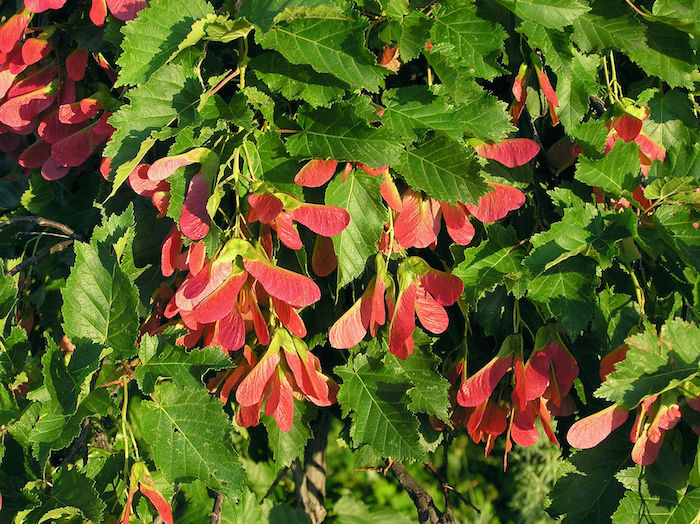 Three-flower Maple is an unusual maple because it has compound leaves. It has three distinct leaflets, connected to a greenish-red petiole. The leaves are green in the summer, but turn a dark, beautiful red in the fall. Its bark is cracked and peeling, revealing an orangish inner bark. Its leaves are similar to that of boxelder, the only native maple with compound leaves. There are several three-flower maples planted around the CBS Conservatory. 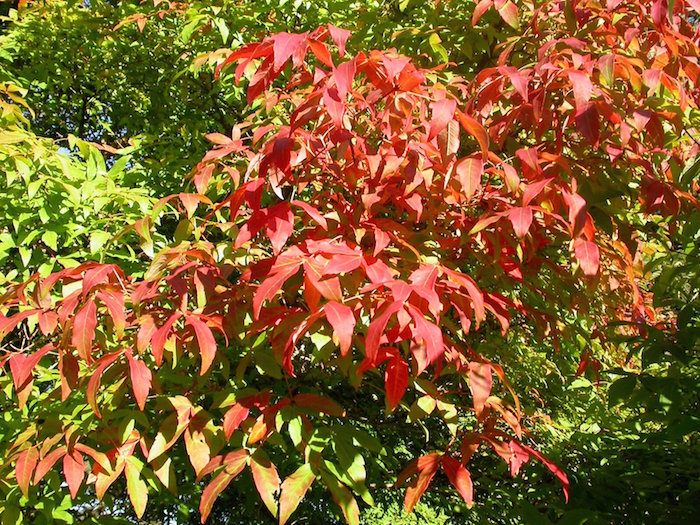 Like the three-flower maple, Nikko Maple is unusual in North America because of its trifoliate, compound leaves. It is best known for its dark, shiny, and peeling bark that differentiates it from the other trifoliate Asian maples. The Nikko maple planted outside of Green Hall is, as of 2017, the only example on campus. 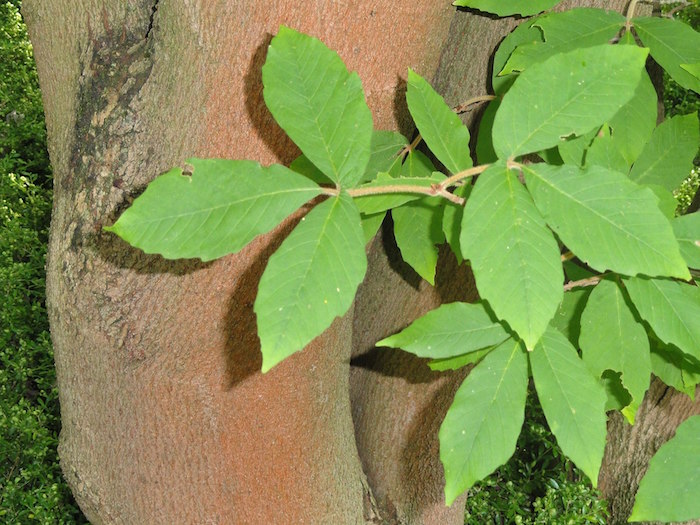 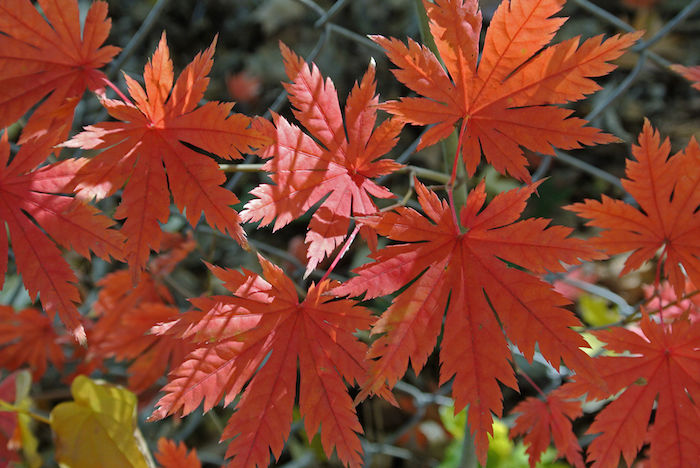