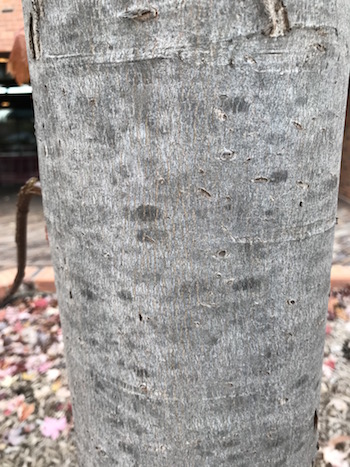 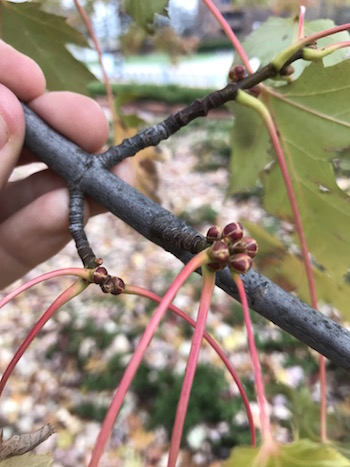 Freeman maples are the most commonly planted maples in the state of Minnesota. Leaves are generally five-lobed, green, and about 3-5” long. They most closely resemble the leaves of silver maple (A. saccharinum), and are in fact a hybrid of silver maple and red maple (A. rubrum). Freeman maples do not always flower, but will do so in the early spring, prior to leafing out. Flowers are followed by winged nutlets, called samaras that emerge in pairs. The samaras fall to the ground in late spring. Bark is generally smooth, but can become fissured with age. 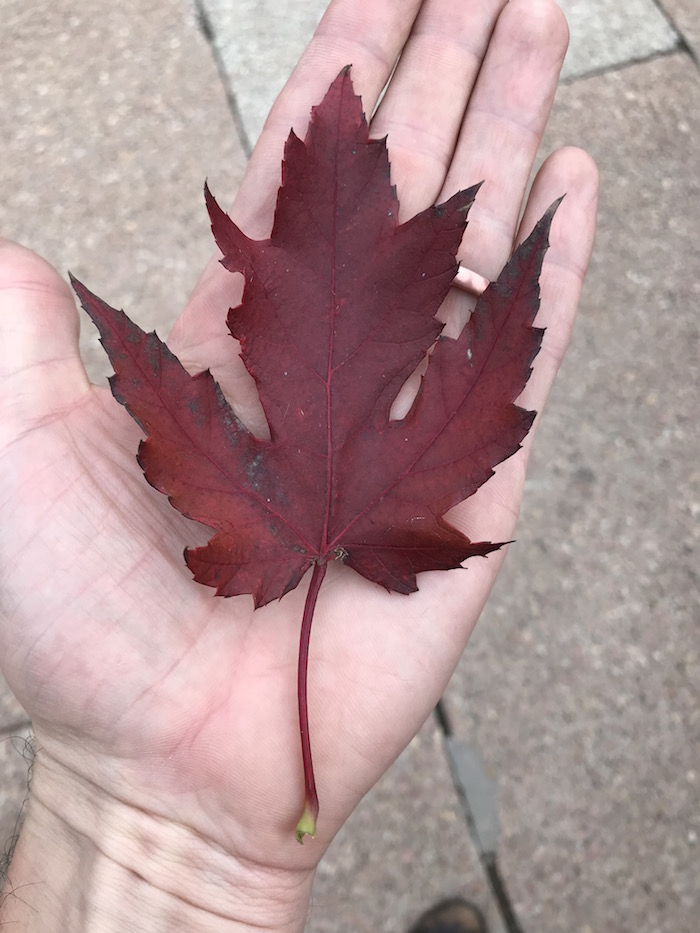 As hybrids, Freeman maples combine the best traits of their parents, namely rapid growth, and adaptability, but are most admired for their color—most cultivars have been bred to have brilliant fall color, mixing reds, oranges, and yellows. As mentioned, their leaves resemble those of the silver maple, but the fall color helps distinguish the two.

Freeman maples are named for Oliver M. Freeman of the National Arboretum, who made the first controlled cross between red and silver maple in 1933. Ever since there have been numerous named cultivars, including ‘Firefall’ and ‘Autumn Spire’ from the University of Minnesota’s Horticultural Research Center.

This particular tree is a cultivar called ‘Autumn Blaze,’ one of the most popular.

Freeman maples are susceptible to frost cracks and sunscald. 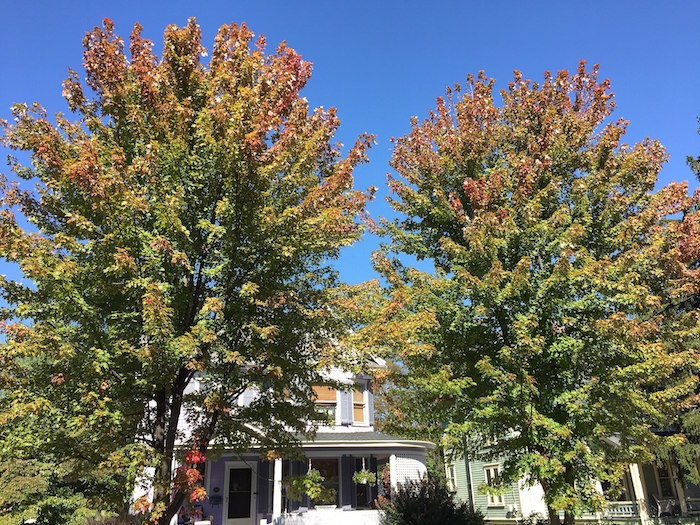