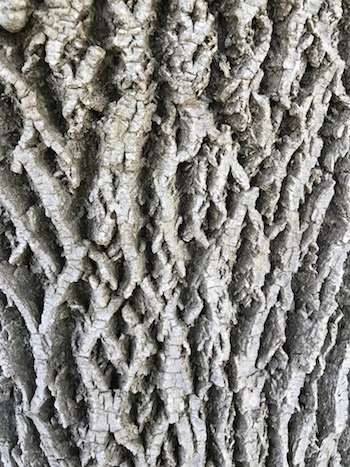 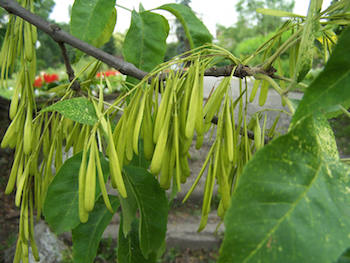 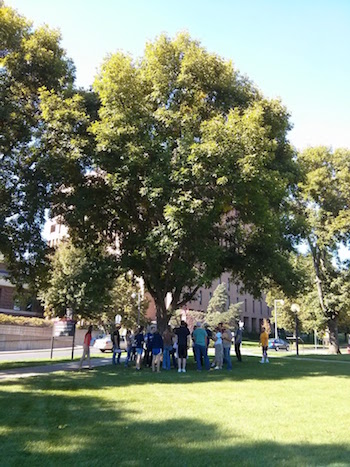 Green ash is a popular, native shade tree in Minnesota that is becoming more and more rare due to Emerald Ash Borer. Its leaves are opposite and compound, with 5-9 short-stalked, ovate leaflets. Leaflets are toothed from the midpoint to the tip, and have a green underside, distinguishing them from the leaves of white ash (F. americana). Green ash trees are usually dioecious, meaning a tree will have only male or female flowers. Both sexes of flowers are small and numerous, and open as greenish-purple after the foliage emerges. Female flowers develop into numerous samaras, which hang in clusters and disperse in the wind. The bark is dark gray, with diamond shaped furrows. 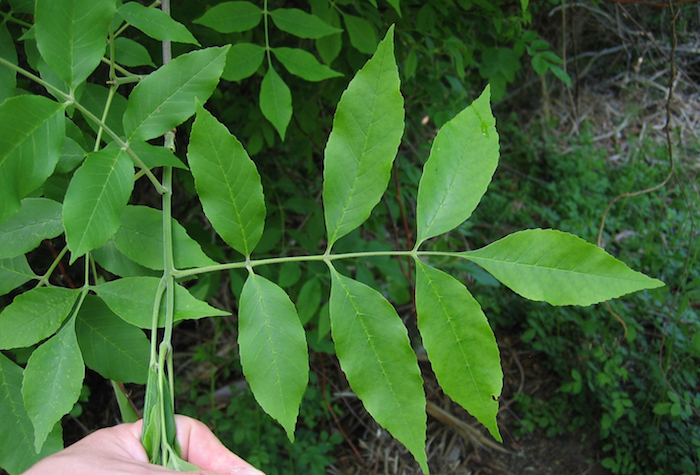 Ash wood is hard, durable, and flexible and as such has many uses. It is perhaps most famously used for baseball bats, but also for furniture, boats, snowshoes, and numerous other implements. Green ash was one of most popular urban trees in Minnesota, as it is a long living, relatively disease resistant species. Thomas Jefferson purportedly planted a still-living green ash in Virginia, as did George Washington.

Green ash is becoming less and less common in Minnesota due the presence of the Emerald Ash Borer (Agrilus planipennis), an invasive Asian pest. It was first found in Minnesota in 2009, and since has killed millions of trees. Minnesota has historically had a large concentration of ash, with over a billion trees, but the presence of EAB has been a disaster for the native population. EAB bores into the ash tree and eventually girdles and kills it. Many ash trees on the University of Minnesota campus, as well as in the Twin Cities, have been removed due to EAB damage.

To help combat the spread of EAB, do not transport firewood over long distances, and learn to identify EAB. See below for more information.

Emerald Ash Borer is a major pest of Green ash, causing millions of tree deaths in Minnesota. Ash decline, or ash dieback is another issue, as is leaf spot and verticillium wilt. 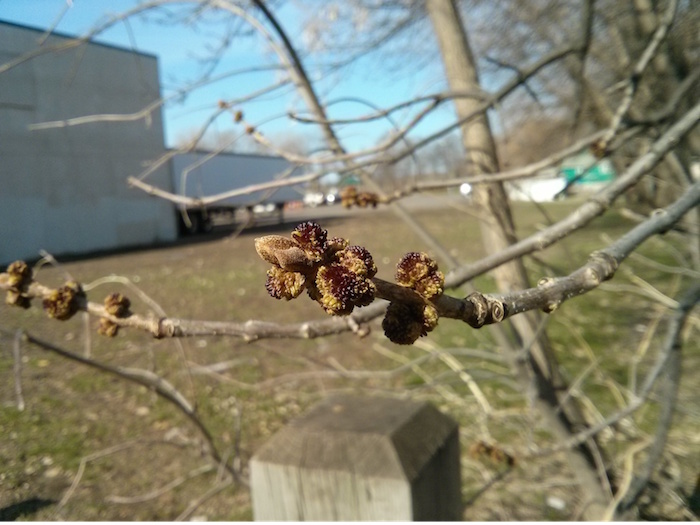 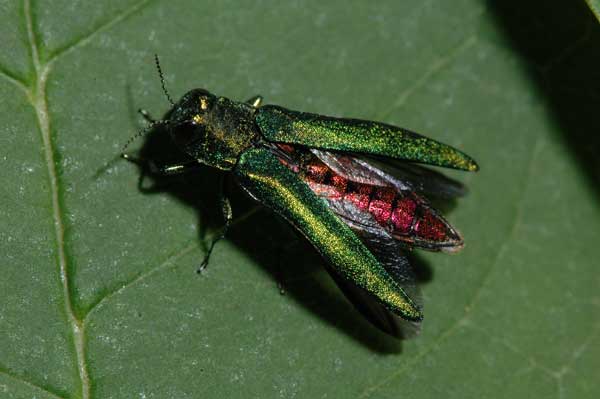 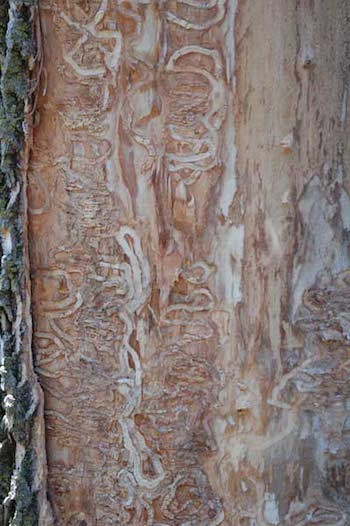