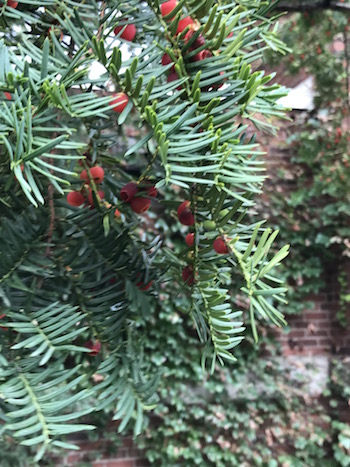 Japanese yew is a lovely plant that can either be in spreading or tree-form. Its leaves are 2-3 cm long, sharply pointed green needles with two yellowish bands on the underside. Unlike many conifers, Japanese yews are dieocious, meaning that trees have either male or female cone, but not both. Female cones are notable for bearing individual seeds in red, fleshy, fruit-like structures known as arils. The bark is scaly and reddish-brown. 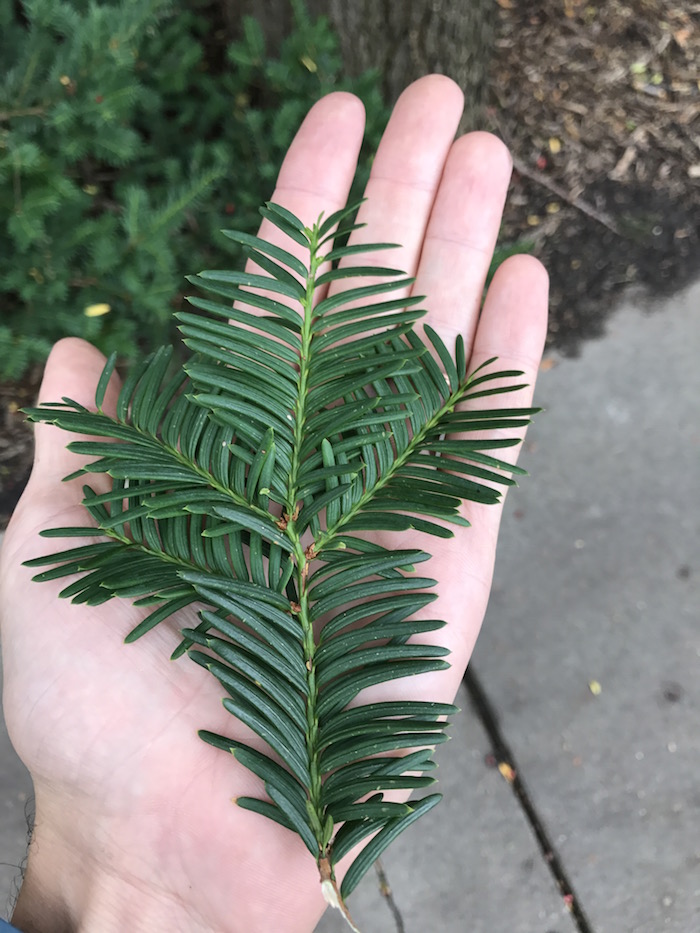 Japanese yew is probably most commonly seen as spreading, low-growing shrub in ornamental landscapes, but this individual is T. cuspidata ‘Capitata’, the tree-form of the plant. Yew foliage is extremely toxic and should never be ingested by humans. It also causes major problems for livestock who find its needles attractive in the winter. Very small doses are lethal. The arils, however, are not as toxic and are in fact popular food for birds.

Japanese yew can be very long lived. There are reportedly trees over 1000 years old in eastern Russia.

In some areas, twig and needle blights can cause problems, as can weevils and mealybugs. 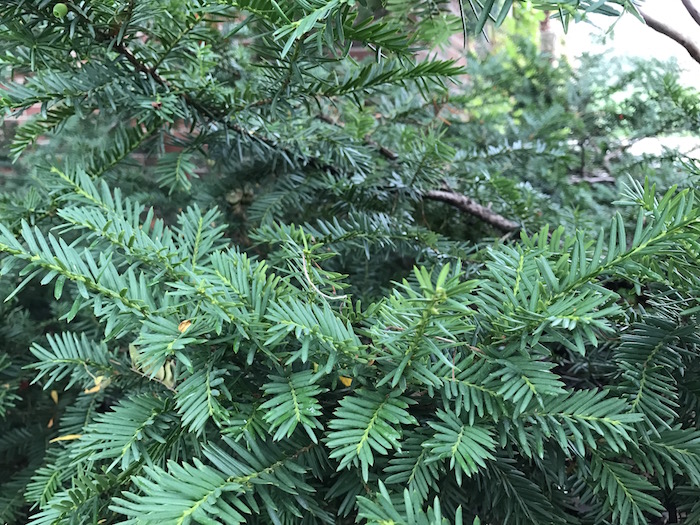 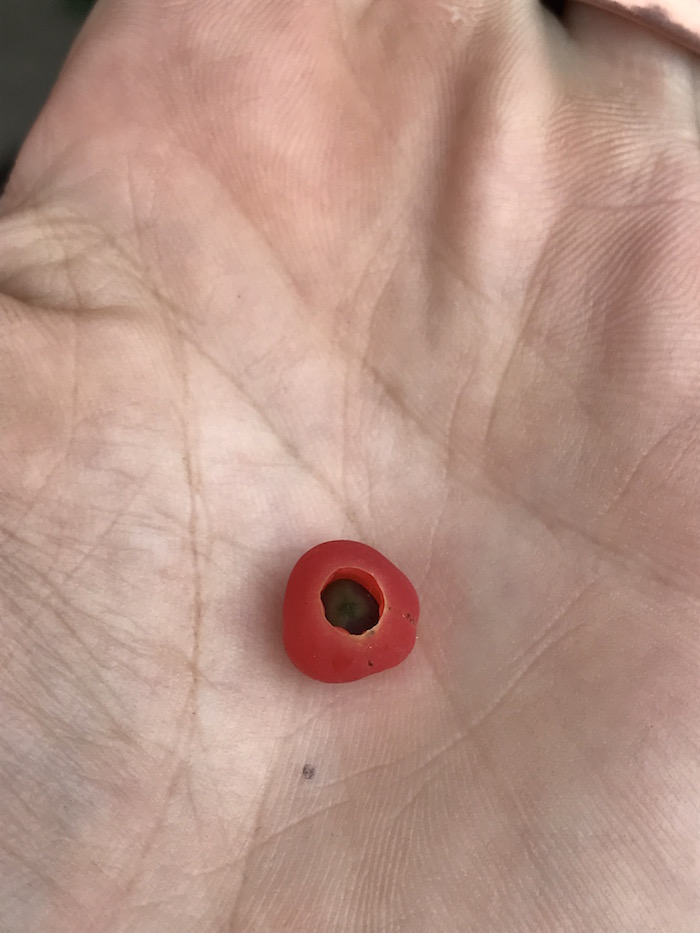