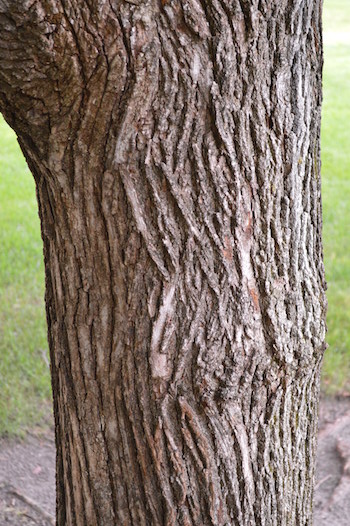 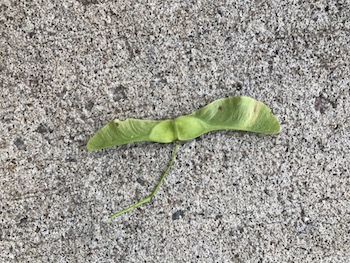 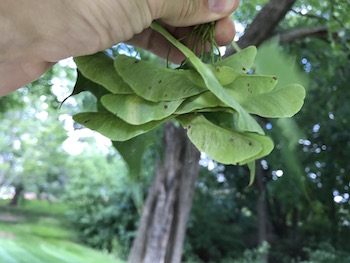 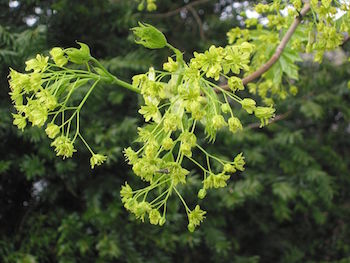 Norway maple is European maple species planted throughout the United States. Leaves are large with five, sharp, pointed lobes, and strongly resemble the leaves of the native sugar maple (Acer saccharum). The two species can be differentiated by the petiole sap, which is white in Norway maple and clear is sugar maples. Flowers are chartreuse clusters that provide color in spring landscapes. Female flowers eventually develop into winged nutlets called samaras that twirl to the ground in the fall. 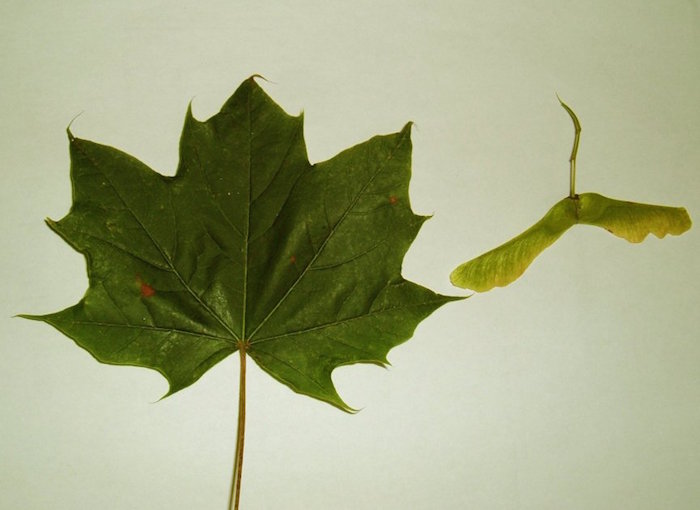 Most Norway maples are green, but plant breeders have also selected dark purple and maroon varieties. Due to its variety of foliage, Norway maple became a popular shade and street tree in the United States after its introduction in the 18th century. Norway maple is now considered to be invasive in Minnesota, as well as other parts of North America, due to its ability to outcompete many native trees. The University of Minnesota recommends not planting Norway maples in Minnesota and suggests replacing them with native tree species.

Norway maple is a popular species in Europe, and has been used to build Stradivari violins. It also grows north of the Arctic Circle, Tromsø, Norway. Norway maple is one of several species included in a study of root decomposition from the University of Minnesota.

Verticillium wilt can affect Norway maples, as with most maples, and can be fatal. Shallow roots can also crack sidewalks or roads, and the bark is susceptible to sunscald and cracking. 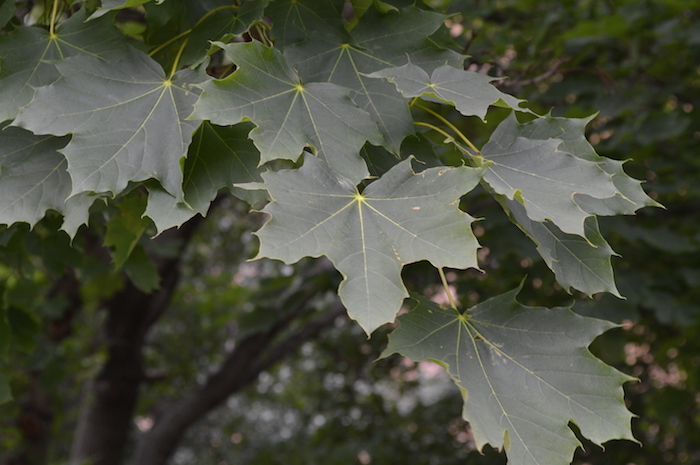 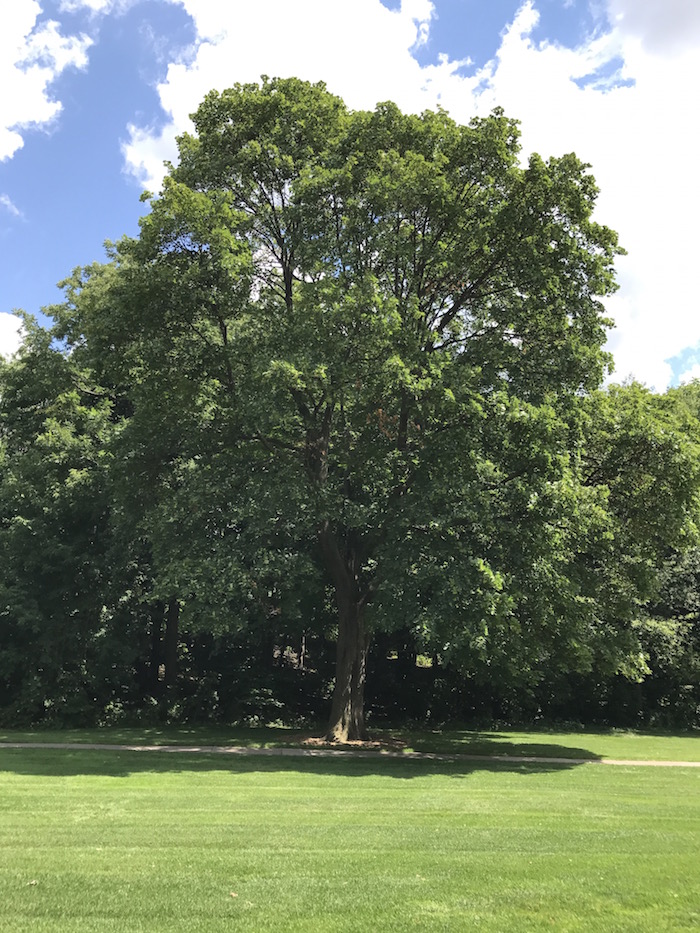