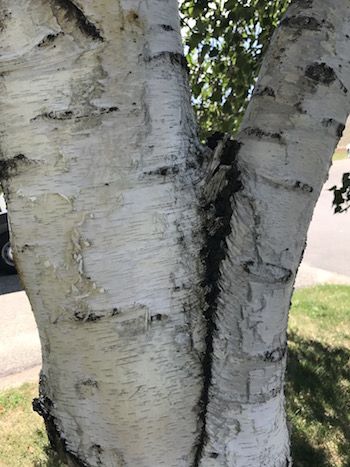 Paperbark birch is the perhaps the best known birch species in Minnesota. Its leaves are ovate and irregularly toothed, up to 4” long. They are dark green, but turn a bright yellow in the fall, providing late season interest in the landscape. Male flowers are brown drooping catkins, while female flowers are small, green, much shorter, upright catkins. Female flowers develop into cone-like fruits with numerous winged seeds. The bark is a striking white, and peels back like paper to reveal orange-brown inner-bark.

Paperbark birch thrives in the cold and is most common in Northern Minnesota, but there are pockets of native stands as far south as North Carolina. Paperbark birches are often used in cultivated landscapes because of their beautiful bark, but they have many other uses. The most significant use of paperbark birch, at least in Minnesota, is as the source of birchbark canoes. The wood is also used for containers, and as a waterproof layer on homes.

Despite its popularity in the state, there are relatively few paperbark birches on the St. Paul campus of the University of Minnesota.

Bronze birch borer is a major issue. There has been a sharp decline in the paperbark birch population in Northern Minnesota, due to a number of factors including a changing climate, disease, deer, and urbanization. 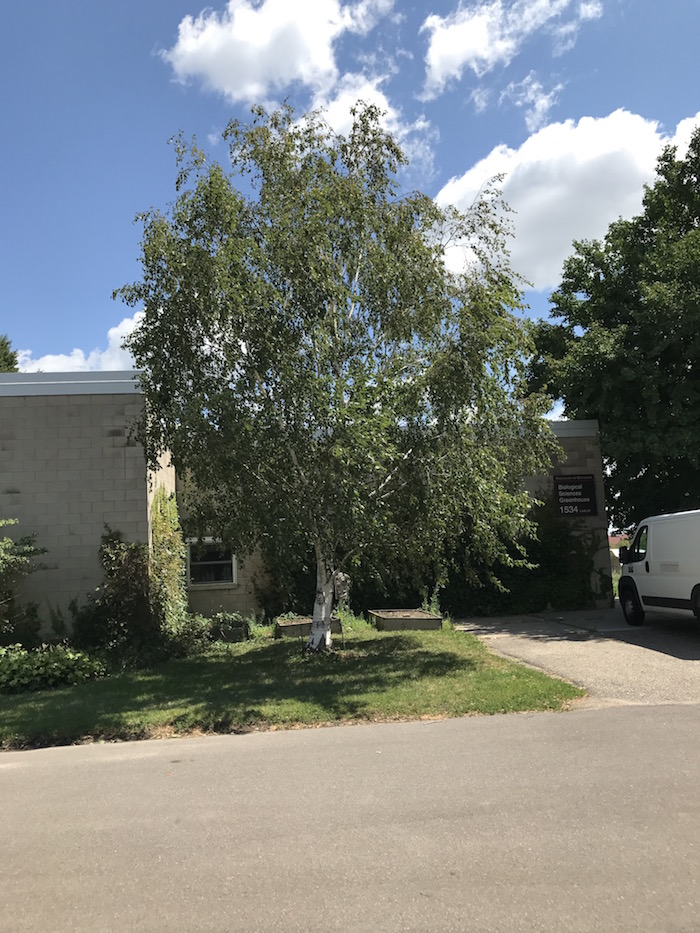