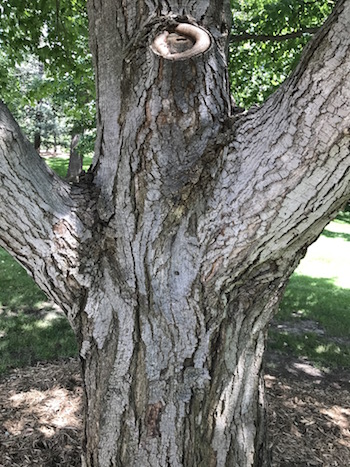 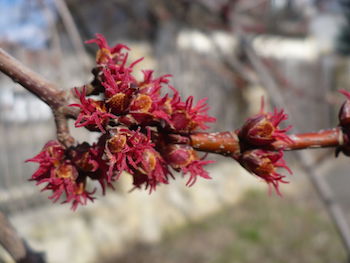 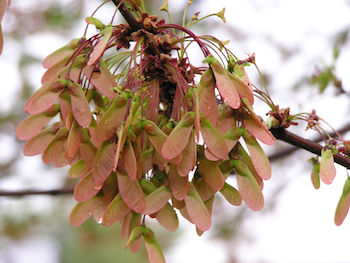 Red maple is one of the most popular maple species for ornamental use. Leaves are opposite and simple, with three shallow, short-pointed lobes. The petioles are often reddish yellow.  Red maples are polygamo-dioecious, meaning plants have mostly only male flowers or female flowers, but sometimes have bisexual flowers or both male and female flowers on the same tree. The flowers are bright red and hang in clusters, with female flowers developing into red samaras, or winged seeds. In the fall, the leaves turn a brilliant red, adding color to the landscape. 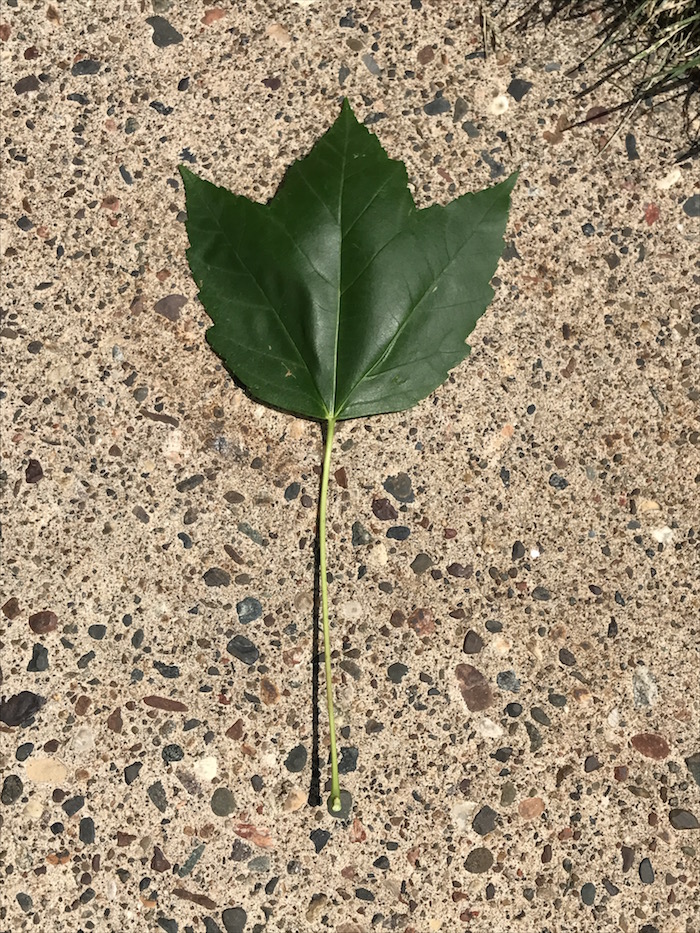 In addition to use as a landscape or shade tree, Red maple is used for furniture, fuel, and pulpwood. The sap is occasionally used as syrup but has less sugar content than that of the sap of the sugar maple (Acer saccharum). Red maple also has numerous medicinal applications, such as a remedy for hives, or a treatment for diarrhea, and was used by both Native Americans and European colonizers.  Due to its abundance in North America, red maple is also thought to be an important source of pollen for honeybees. The name “Red maple” comes from the tree’s red buds, petioles, flowers, seeds, and fall leaves.

In 1980, the University of Minnesota's Horticultural Research Center ‘Northwood,’ a red maple cultivar noted for its hardiness. The HRC also released 'Autumn Spire' in 1999. This particular red maple was planted on 31 May, 1997.

Red maple branches can be soft and brittle, and can therefore be subject to storm damage. Damaged trees can allow entry of various fungi and insects, but otherwise the species is relatively resistant to pests and pathogens. Leaf chlorosis can also be a problem, especially for trees planted in poor soil or soil with high pH levels. 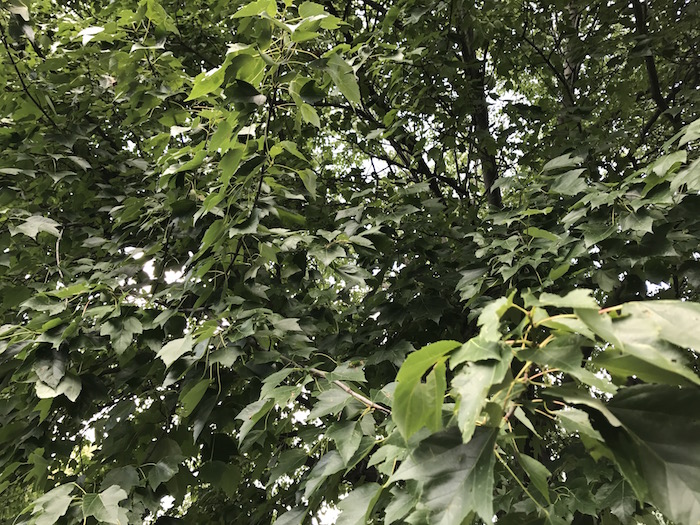 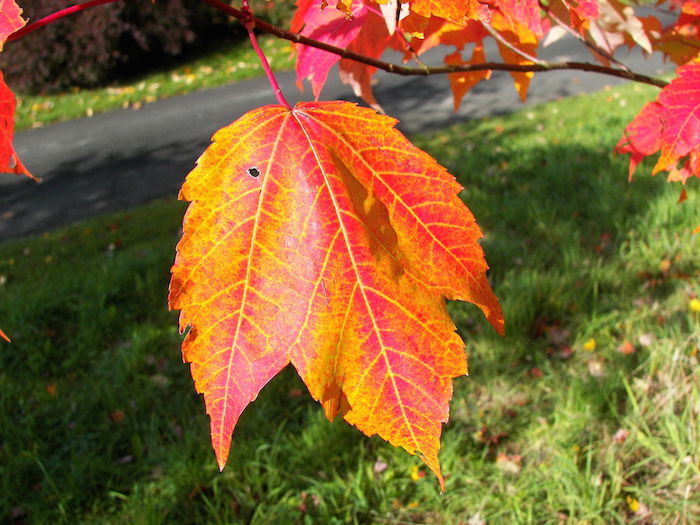 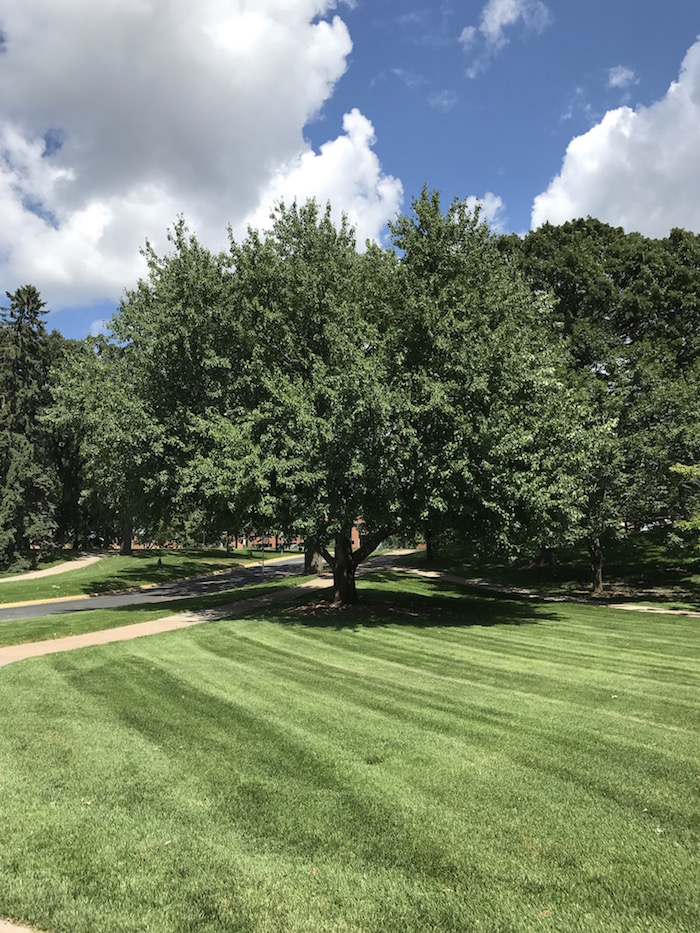