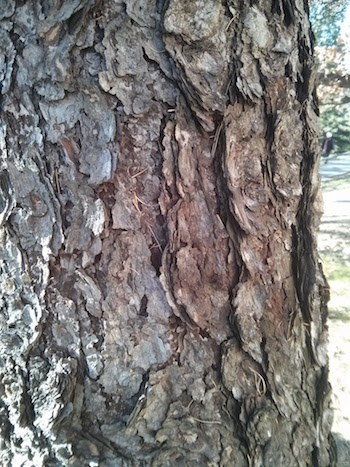 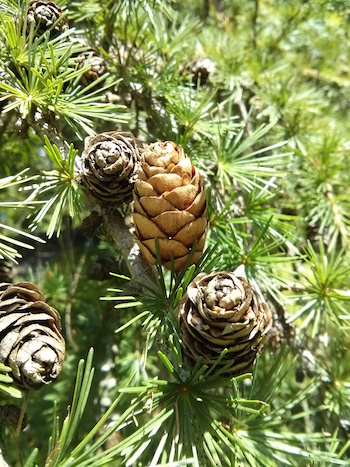 Tamarack is a showy, deciduous conifer native to Minnesota. Leaves are 1-2 cm needles that emerge in clusters of up to 30. The clusters emerge in the spring and are bright green until fall, when they turn a deep yellow before falling off the tree. Cones are small, brown, and upright. The bark is grey and smooth when young, becoming reddish-brown and scaly with age. 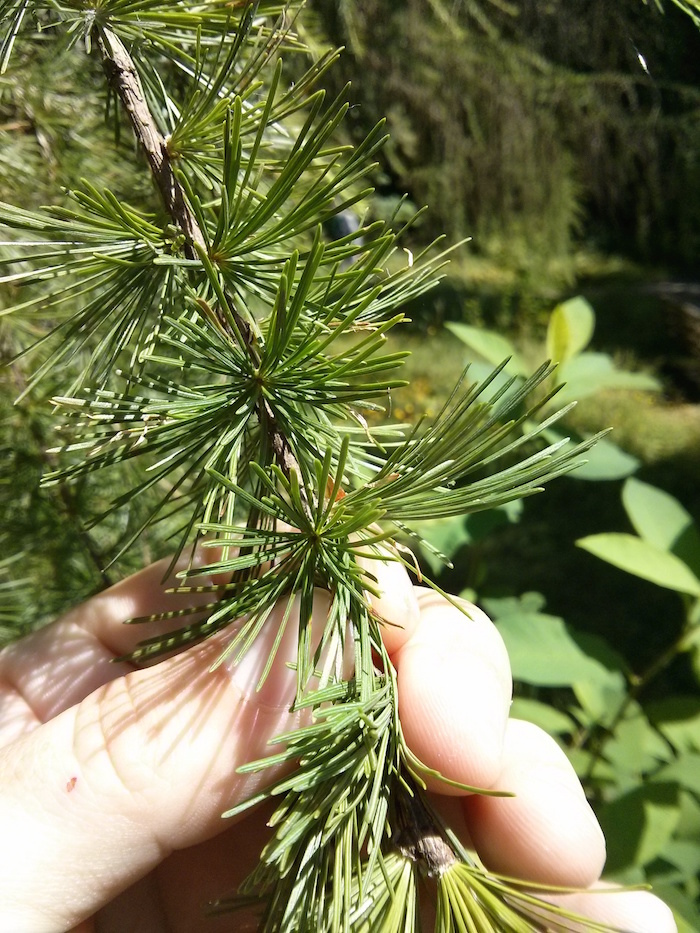 Tamarack wood has few commercial uses. It is used principally for pulp, most notably the transparent paper in envelope windows. It is relatively rot resisnat and is therefore also used for posts. The Minnesota Chippewa also reportedly used the bark as a salve for burns.

Tamarack is a very cold hardy species and can be found in the Arctic circle. Its range spread from as far south as West Virginia all the way to Alaska. Some taxonomists describe the Alaskan populations as their own species, L. alaskensis, due to its physiological differences. Tamarack is also commonly found in bogs and marshes, and thrives in wet soils.

The common name ‘Tamarack’ comes from the Alongonquin language.

Larch sawfly can cause significant damage or death, as can the larch casebearer. 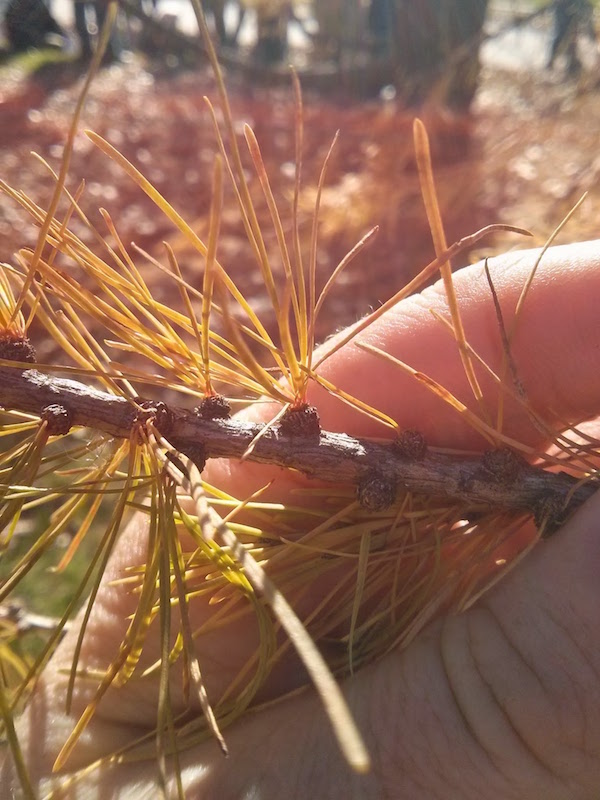 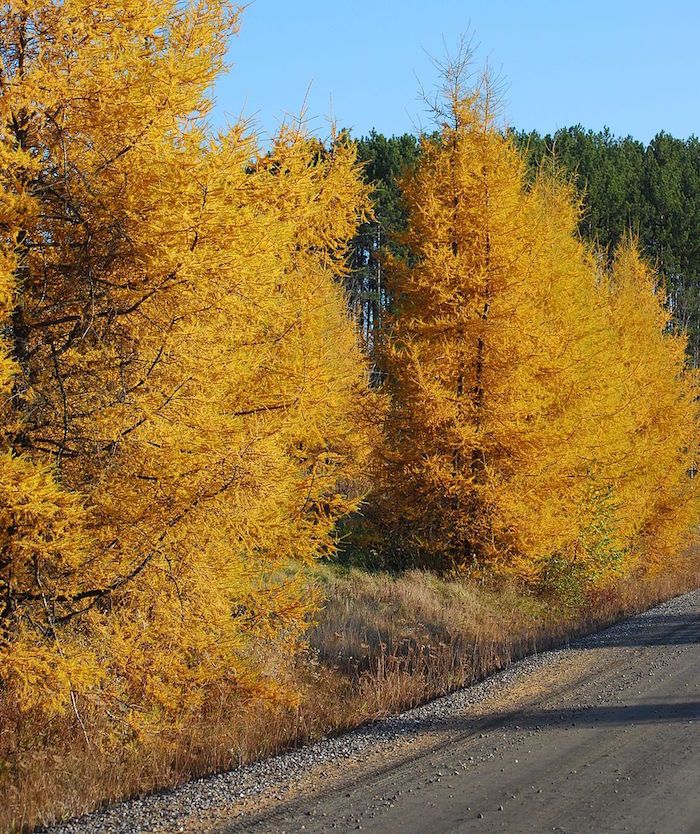