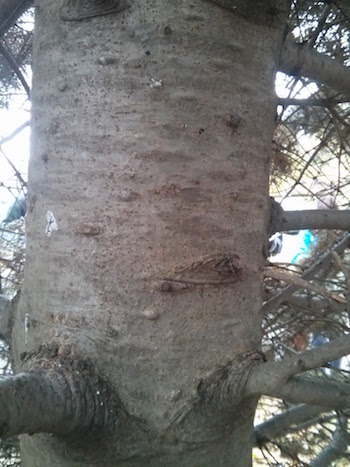 White fir is a western fir species commonly used in the Christmas tree industry. Needles are arranged spirally around a branch, but curve slightly and thus appear relatively flat. They are long, rounded at the end, and uniform in color on both the upper and lower surfaces, although there are two white lines that run the length of the underside of the needle. The entire needle is covered in a waxy covering that gives the trees a bluish tint. When the needles are crushed, they give off a citrus smell. Cones vary in size, are barrel shaped, and appear upright on the branches. They are often yellowish-green and mature to brown or purple. Bark is smooth and grey when young, becoming furrowed with age. 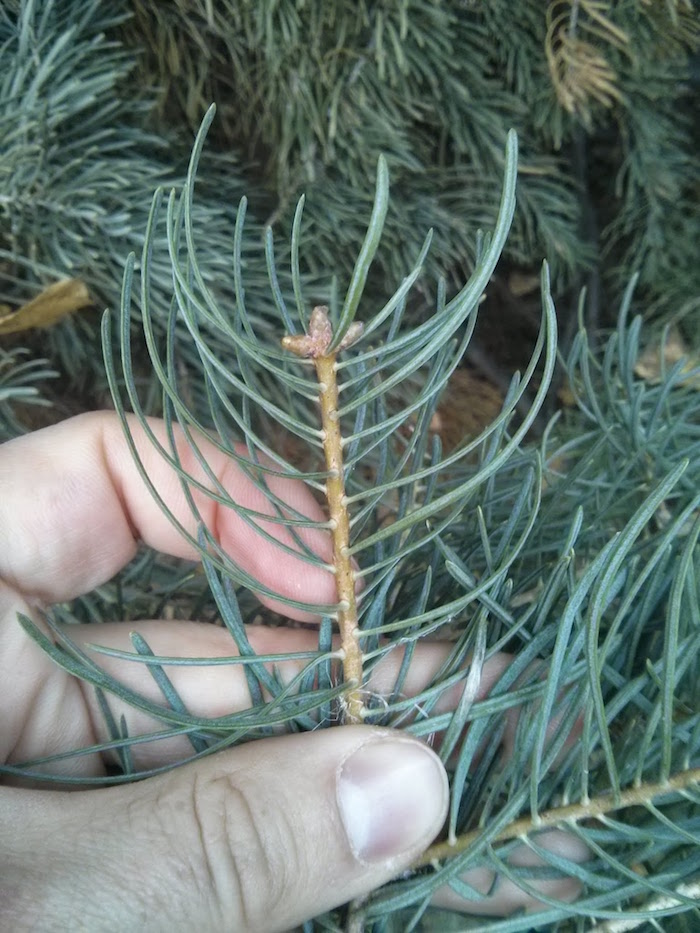 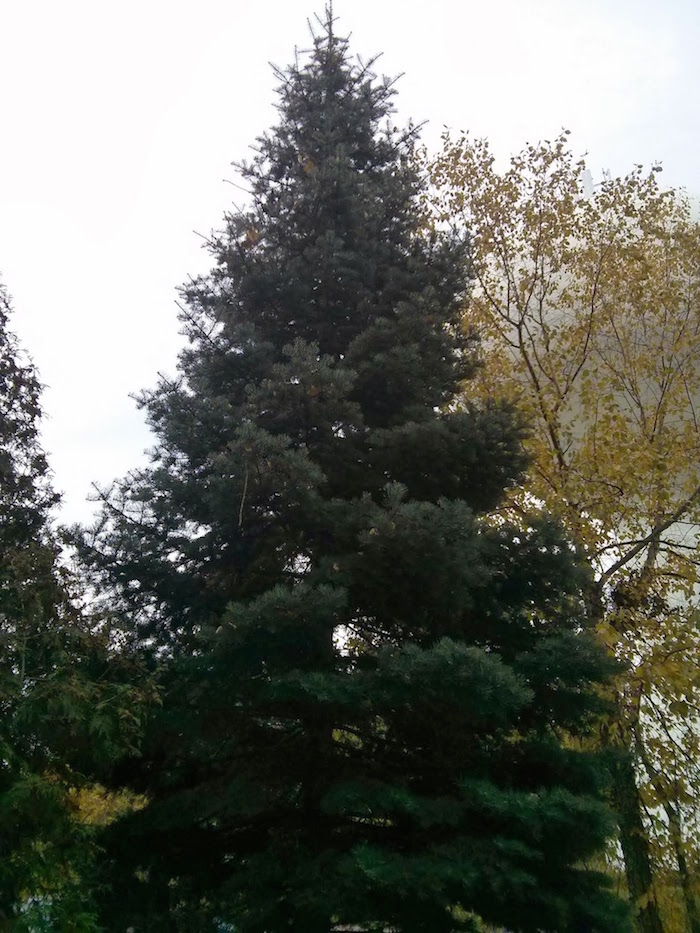 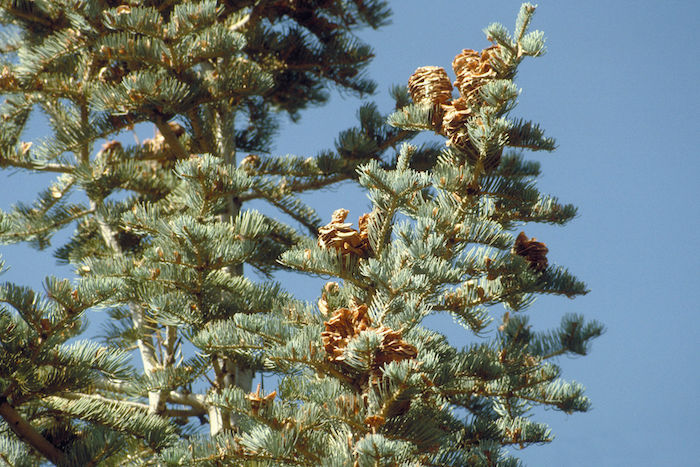