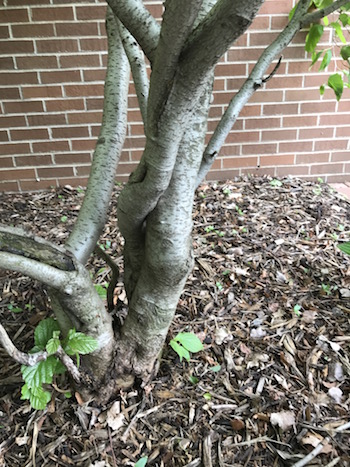 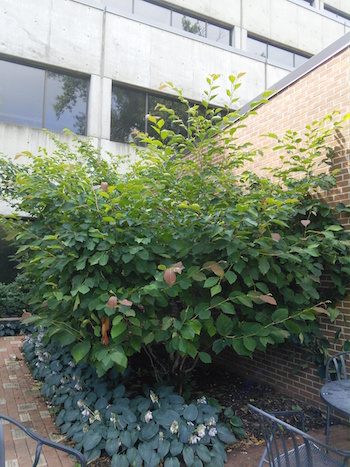 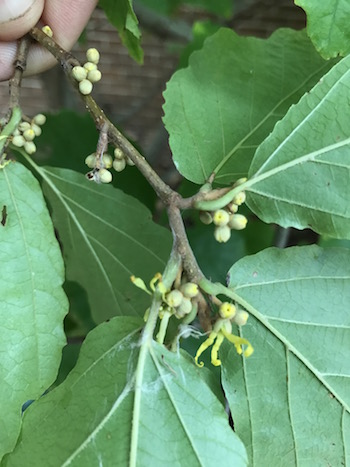 Witch-hazel is a small deciduous tree or shrub best known for its late fall flowers and many medicinal uses. Leaves are simple and alternate, about 6” long, and dark green. They have wavy, sometimes toothed margins, and are elliptical in shape. The flowers emerge in clusters that hug the stem, with yellow ribbon-like petals. Witch-hazel is often one of the last plants to have flowers as fall turns to winter. Female flowers develop woody seed capsules that split open the following fall. The bark is gray-brown and rough. 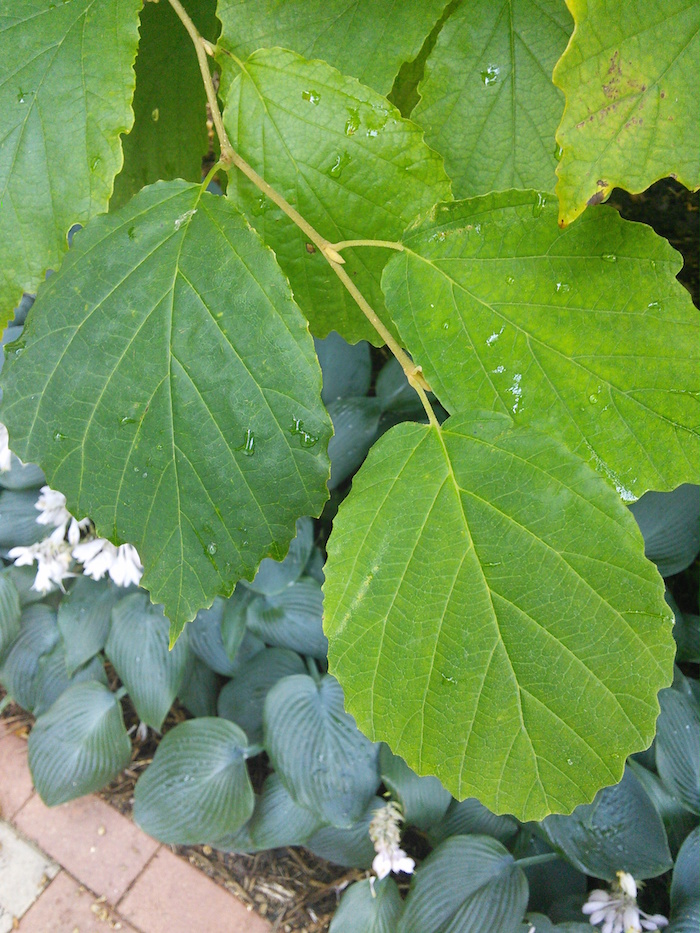 Witch-hazel’s native range just barely extends into southeastern Minnesota, and the small populations have led the state to list the species as ‘threatened.’ It is a very popular landscape species due to its unusual flowering time, but also has many ethnobotanical uses. Many Native American tribes in the New England area used the plant to treat a variety of skin conditions, and European colonists quickly adopted the plant for the same use. It is now a very common ingredient in many lotions and skincare products. Witch-hazel was also a commonly used species for water dowsing, or the practice of using a forked stick to locate underground water.

This group of witch-hazel trees is planted just outside of the Veterinary Medical Center, and is part of a memorial garden dedicated to “all the animals that have touched a human life.” There is also an annual witch-hazel 5k run, usually held in October, at the Minnesota Landscape Arboretum.

There are no major diseases or pests associated with witch-hazel, although Japanese beetles can damage the leaves. Witch-Hazel leaf gall aphids can cause galls, but the galls have no major detrimental effect. 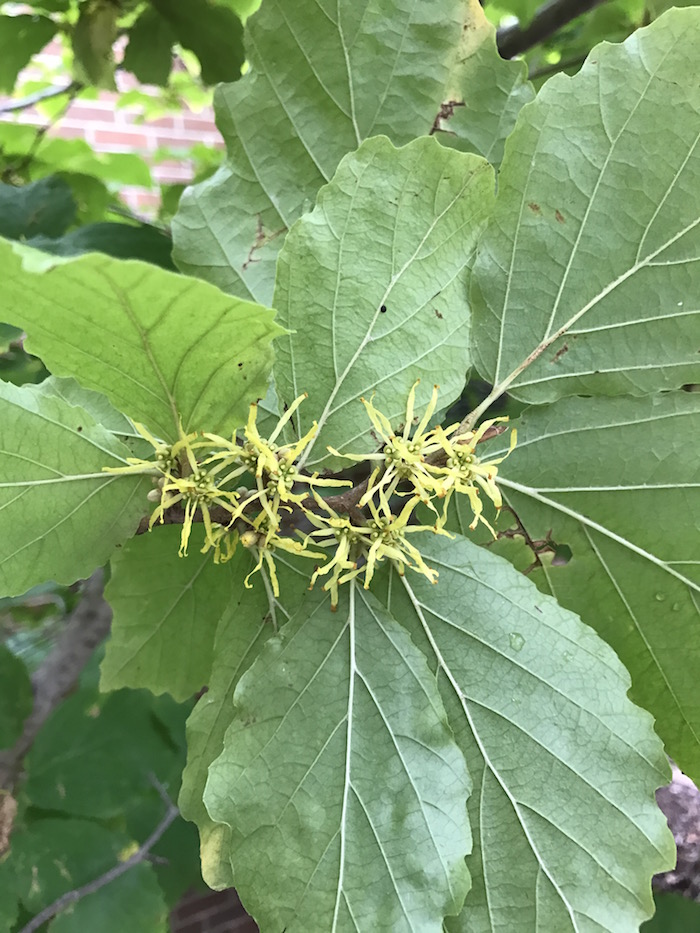